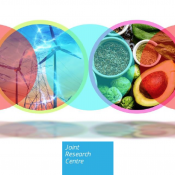 Current EU development policy provides a general frame and background that justifies a Nexus approach and methodology. Thus, the new European Consensus on Development: “Our World, our Dignity, our Future” (June 2017) emphasises an integrated approach to development and strongly supports the 2030 Agenda with its 17 Sustainable Development Goals (SDGs) that were adopted in September 2015 as a global framework for sustainable development action. The 2030 Agenda itself emphasises an integrated approach that can facilitate a Nexus methodology. As stated by the DEVCO Director General Stefano Manservisi in an interview on 14 June 2018 with DEVEX: “The SDGs are obliging us to work in an integrated way and not in silos”. DG DEVCO and JRC have been supporting works on the Nexus and originally addressed the water-energy-food security (WEF) Nexus, but it soon became clear that ecosystems represent essential conditions for ensuring the sustainability of the development solutions. Thus, Water, Energy, Food security rely on resources and services provided by healthy ecosystems, and, consequently, these should therefore be integrated into the NEXUS approach. In the following sections, the terms “WEFE Nexus” or “Nexus” in short refers to this concept unless otherwise stated. DG DEVCO and JRC jointly organised a consultation of international experts on the Water-Energy-Food-Ecosystems Nexus (”WEFE Nexus”) that was held in Brussels on 25-26 January 2018.

These documents are the result of collaborative work that began in January 2018 during a meeting of international WEFE NEXUS experts in Brussels. I want to thank all the experts and the JRC colleagues, those who participated since the beginning and those who joined us along the way. They understand that their work is not just about synthesising information, but also about making scientific and technical knowledge available to contribute to more sustainable development and, ultimately, to help create a better world.

The studies presented (whose scope ranges from national to regional and transboundary levels, including rural and urban contexts), provide valuable examples to help the EU and our partners make informed decisions when operationalising the WEFE Nexus. They show that the Nexus approach ensures a more integrated and sustainable use of resources that goes beyond traditional silos and is applicable at different scales. This is particularly relevant in an increasingly globalised world where collaboration must be more than just a buzzword: it is a common need.