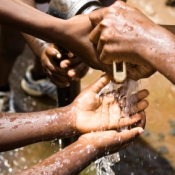 This paper analyzes the status of legal regulation of emerging contaminants in water sources in Mexico. To this end, its relevance is debated in the context of the constitutional obligations assumed regarding the human right to water and sanitation (HRWS). The international instruments are reviewed and a brief general balance is prepared that allows us to reflect on the legal vacuum of this topic in Mexico. Emerging contaminants are shown to be substances of diverse origin and chemical nature, the presence of which in the environment is not considered significant due to their distribution and concentration, so they go unnoticed. However, due to the increase in their detection, the potential ecological impact and the risks they pose to human health, they have received recent attention in academic analysis, official studies and water quality policies. It is proposed, from the perspective of comparative law and under the precautionary principle approach, a scheme of national normative regulation, for that purpose, a comparative analysis is carried out with the Chilean and European legal frameworks. It is concluded that the absence of devices that regulate emerging contaminants hinders compliance with HRWS, especially that which refers to two central aspects: adequate sanitation and the supply of quality water for domestic consumption.