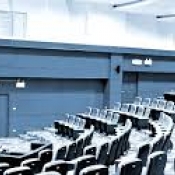 NEARLY 300 diarrhoea cases involving mainly children under the age of five have been recorded in the City of Gweru in the last 30 days.

The cases were recorded at council-run clinics in Mkoba, Mtapa and Senga suburbs between October 5 and November 1.

There haven’t been any reported deaths.

Council has attributed the increase in diarrhoea cases to the start of the rainy season associated with flash floods which sweep dirt, some of which end up in the unprotected water sources where people are fetching water for domestic use.

“We have heard of diarrhoea complaints so we investigated through water quality testing and stool sample testing. Nothing linked to water borne diseases has been detected. However, we continue to monitor. We are happy that we are not in any outbreak mode. So far cases from 5 to 11 October were 53, from 12 to 18 October the cases were 72, from 19 to 25 October the cases were 84 and from 26 to 1 November the cases were 88. The cases are mostly children under the age of five, and there haven’t been any casualties” she said.

Ms Chingwaramusee did not give the distribution of the diarrhoea cases, but however, said most were from high-density suburbs of Mkoba and Senga.

These populous suburbs usually go for weeks without portable water, a development that has resulted in residents collecting water from unprotected sources.

Ms Chingwaramisee said due to water rationing, everyone in Gweru is affected by the water challenges.

“We urge everyone to ensure that their water is stored in clean containers and is from a clean source to avoid putting lives at risk,” she said.

Meanwhile, Ms Chingwaramusee said the local authority has received four new high-water lift pumps for Amapongogwe Dam to replace the ones which were recently installed which are constantly breaking down.

She said the new pumps are not easily affected by vibration and power outages.

Ms Chingwaramusee said once the four pumps are working, they can pump between 40 and 45 mega-litres of water per day. The council is pumping 38,2 mega-litres against a daily demand of 80 mega-litres. 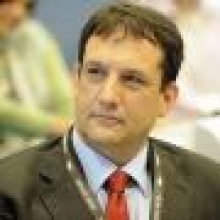