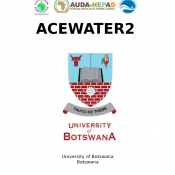 The Zambezi River is a very important water resources with its catchment area covering most parts of Southern Africa. It is a habitat to a wide range of plant and animal species. Humanity in this region just like other animals depend on water from the Zambezi River and its tributaries. Its dependence ranges from provision of potable water, agriculture, power, manufacturing, mining, tourism and many other sectors (World Bank 2010). With such benefits from the river, the human population is proved to be rapidly increasing. For example, an annual increase of 3.9% in Africa (the highest in the world) has been recorded with most of the increase in the Southern part of the continent, which is mostly covered by this basin (World Bank, 2010). Despite the population boom, industrialization and urbanization, not all Africans have access to clean water and sanitation. Water availability varies from country to country as some parts of Southern Africa receive very low mean annual rainfall (Namib and Kalahari deserts) and low river flows with others receiving very high precipitation (areas in the sub tropics) hence high river flows. With this in mind, more water is needed to meet the increasing demands in clean water, sanitation, irrigation, power (Hydroelectric) and many for factors increasing the demand (O Serdeczny et al.,2016). Climate variability (a variation in world climatic patterns due to effects of human activities) is another phenomena impacting on water availability in the Zambezi River Basin. The climate of an area is closely tied to its location relative to the Intertropical Convergence Zone (ITCZ) often called the ‘climate equator’. This is an area around the geographic equator where north and south trade winds converge, rise and circulate back. As the winds converge, moist air rises. It then cools causing water vapor to convert to rainfall. Areas closest to the ITCZ receive the highest, frequent and reliable rainfall with a reduction as you go further south and north of the ITCZ. Because the earth is tilted on its axis relative to its orbit around the sun, the amount of heat received from the sun is not equal (in the north and southern hemisphere) and that gives rise to seasonal climatic changes. In January most of the precipitation is in the southern part of the 5 | P a g e equator and shifts to the north as the year progresses (around June). Although these climatic variables show a very close link between the geographical location of an area relative to the ITCZ position, many studies predict a general change in precipitation patterns, temperature and dryness in Southern Africa, most of which is within the Zambezi River Basin.

- How is the Zambezi River Basin changing in terms of climate variability and extreme events?