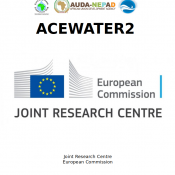 The objective of this study was to analyse the impact of hydropower operation on surface
hydrology dynamics of the Zambezi river basin, and understanding how such dynamics could be
affected by future climate change. This study entailed the synthesis of existing GIS and
monitoring data, hydrological data analysis, development of a model application of the Reservoir
System Simulator (ResSim) for the Zambezi; verification of the model for historical conditions,
and evaluation of the effect of future climate change scenarios on reservoir water levels, river
flows, and hydropower generation. This study focused on four large hydropower dams located in
the Kafue and Zambezi rivers: Itezhi-Tezhi, Kafue Gorge, Kariba, and Cahora Bassa.
Results from data analysis and modelling for the baseline historical period highlighted how these
large dams have affected the intra-annual variability of the Zambezi’s river hydrology. At Itezhi-
Tezhi, downstream river flow during the wettest month was reduced by 35% when compare to
natural conditions, while flows during the driest month increased by 278%. At Kariba, reservoir
regulation reduced river flow by 36% during the wettest month and increased it by 234% during
the driest month. Regulation by Kafue Gorge dam led to a flow reduction during the wettest
month by 18%, and flow augmentation during the driest month by 62%. Regulation of flow by
Cahora Bassa is the largest, at 37% of the unregulated flow during the wettest month, and more
than a three-fold increase during the driest month.
Future climate change could affect reservoir levels by decreasing reservoir inflows and by
increasing evaporation. Results showed a mild decrease in mean annual water levels for all
reservoirs, with largest changes expected at Itezhi-Tezhi (-1.3m), with minor (0.1-0.2 m) average
values for the other three dams. Comparison of flows downstream of dams shows an overall
negative tendency, with largest changes expected during the wet months. Flow changes are
1expected to be the largest at Cahora Bassa (-30 to -49%), followed by Kariba (-12 to -51%),
Kafue Gorge (-25 to -42%) and Itezhi-Tezhi (-15 to -35%). Changes in water levels and flows
could result in mild negative effects on mean average hydropower generation and significant
increases in interannual variability; largest changes are expected at Kariba, where annual
generation is expected to decrease from 5989 to 4152 Gwh/yr (-28.1 to -0.7%) . At Itezhi-Tezhi,
average annual hydropower is expected to change from 675 to 534-536 Gwh/yr (- 21%). At
Cahora Bassa, average annual generation (18017 Gwh/yr) is expected to decrease by 2%. At
Kafue Gorge, no significant changes were estimated for the mean annual energy production of
1445 kwh/yr. Overall, no major differences in future projections were found among the three
future climate change ensemble scenarios, with the exception of a greater increase in interannual
variability for the 2.2b (1.5 degree of warming) scenario. 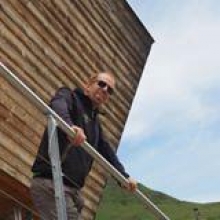